A few years back I bought two ounces of D&C yellow #8 dye- it was one of those things where buying a little was cheap, but buying a lot was still cheap, so I bought what seems to be a lifetime supply of it.   It's the concetrated form of the dye they use in yellow highlighters.  It's blacklight reactive and a lot of fun to play with.  I've used it to make the bath tub glow (super fun- 1/8 tsp does the trick), I've used it in play dough and I thought I'd give it a try in bubbles.

It worked/didn't work.  D&C yellow 8 is a soap dye- it works well in bubbles without killing them, but even with juice that looked atomic the bubble walls were too thin to get much of an effect.  Edward helped me with a thicker walled formula, but it didn't make anything showstopping for medium to big bubbles.  Bubbles are just too transparent to work with this dye.

Add a photo to this gallery

You can see where the juice puddles it glows really well, so I tried it as a foam, and it was a ton of fun!  I used the leftover straws from the water balloons that hook to your garden hose so you can make a bunch of water balloons at one time.  It's a fun foamer! 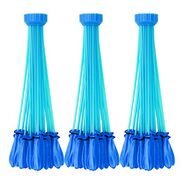 Add a photo to this gallery

Someone had posted a video of a bubble snake using just CAPB, so I tried tinting that with just a pinch of dye, and it was awesome.  We had a blast playing with the glow foam.  We had glow beards, and decorated my son's scooter to make a "bubble bus".  Just a little doesn't stain skin, and I think you could probably do it using the dye pack from a yellow highlighter too.  I want to try it in the "string of pearls" juice next.

I also tried using flat diet tonic water instead of water in a juice recipe, and it was a total dud.  It didn't bubble at all.  I used diet because regular tonic has sugar, and I didn't want a bunch of ants in my barn.

All in all we had a blast playing with glow bubbles!

Retrieved from "https://soapbubble.fandom.com/wiki/User_blog:KStark12/This_Week%27s_Experiments_and_Some_Crocheted_Rigs?oldid=19178"
Community content is available under CC-BY-SA unless otherwise noted.